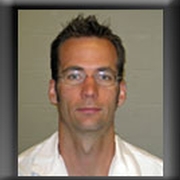 "Jason was my first graduate student at MSU," Zacharewski said. " It is especially rewarding to see his career flourish and for him to be selected as the first recipient of the R. Gaurth Hansen Alumnus Award."

After earning his PhD, Dr. Matthews' pursued postdoctoral training with Dr. Jan-Ake Gustafsson at the Karolinska Institute in Stockholm from 2001-2006. In Sweden, he investigated the interaction of ER alpha and beta with other transcription factors and the effect of these interactions on subsequent gene expression. Results from this work were published in Cancer Research, Nucleic Acids Research, and Molecular and Cellular Biology, as well as 9 other publications.

In 2006, Matthews became a tenure-track assistant professor in the Department of Pharmacology at the University of Toronto where he continues his research today. Dr. Matthews recently received the Canadian Institutes of Health New Investigator Award (2008-2013) recognizing his outstanding training, record of productivity, and promising academic research potential.