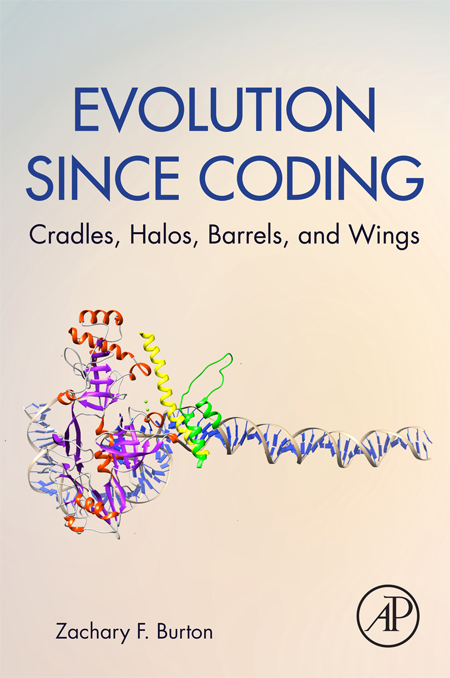 My book, Evolution Since Coding, updates the story of genesis, told from an evolutionary point of view. The book is accessible to a broad audience. I stress code breaking in interpretation of ~4 billion year old protein and RNA motifs. The ancient codes are so dumb, even scientists could break them, but, perhaps, the stark simplicity of the codes has not been widely acknowledged. Because the earth is only ~4.6 billion years old, ~4 billion year old motifs and codes now can be collected as antiquities, and I show how to do this. Motifs and codes are best visualized and appreciated by learning molecular graphics software, which is about as complicated as an online computer game.

Models are advanced to explain each transition.

I present a surprisingly simple and conceptual story of the evolution of life on earth since coding. 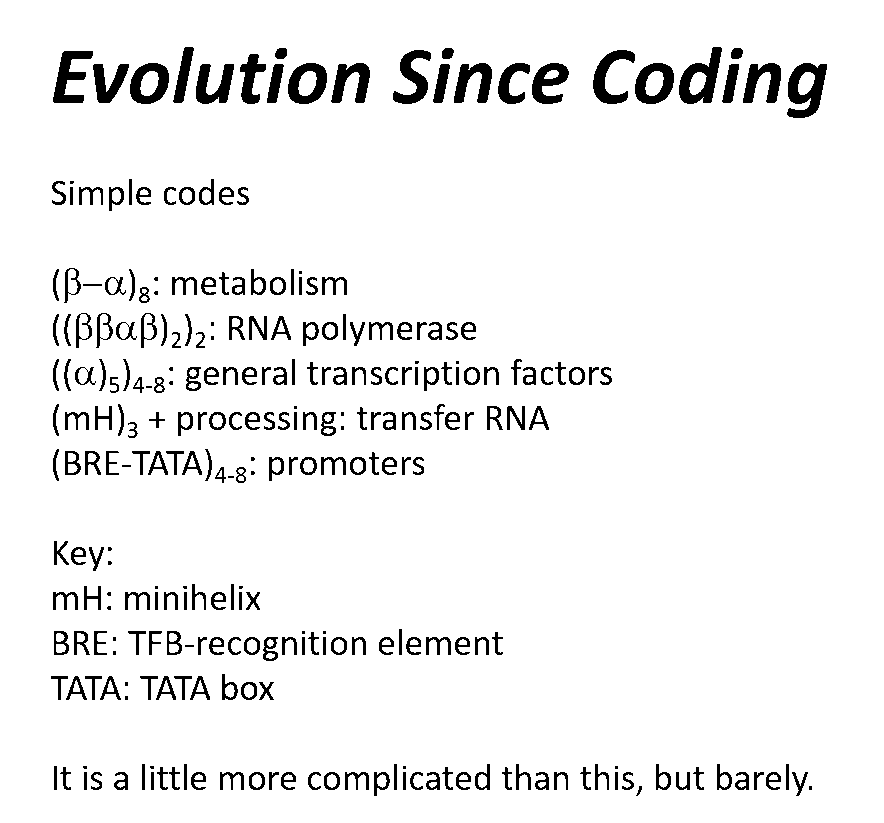