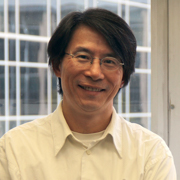 The Kuo lab was recently awarded a National Science Foundation grant for a 4-year project entitled “Triacylglycerol and lifespan control in a model organism Saccharomyces cerevisiae”.  This project aims to understand the molecular and genetic underpinnings for the lifespan preservation function of triacylglycerol.  In a nutshell, two former students, Xiaobo Li and Witawas Handee, discovered that intracellular triacylglycerol is essential for yeast cells to maintain maximal lifespan in the post-mitotic, stationary growth phase.  This novel function is apparently distinct from the canonical function of energy provision, is likely linked to the metabolism of free radicals in cells, and is reminiscent of the phenomenon of “obesity paradox”.  That is, the lowest mortality of modern societies is frequently found to fall on the overweight, not the fit, population.  Studies on a model organism may shed light on public health.  The Kuo lab plans to recruit two graduate assistants for this project starting in September, 2018.

Xiaobo Li has conducted multiple projects.  During his tenure at MSU, he was co-mentored by Christoph Benning and Min-Hao Kuo.  He is an Assistant Professor at the recently inaugurated Westlake Institute for Advanced Study, Westlake University, China.  Witawas Handee joined the CMB Program and the Kuo lab with a fellowship from the Royal Thai Government.  He is currently a lecturer at the Silpakorn University, Nakhon Pathom, Thailand.